ROCKVILLE, Md. — Members of a federal drug testing advisory board met in a closed session on March 21 to review a draft proposed rule. The rule would allow trucking companies to conduct government-certified pre-employment drug testing using hair samples, according to a top official with the Substance Abuse and Mental Health Services Administration.

The board met via an online remote session because the government was shut down due to a late-season snowstorm in the nation’s capital, Chairman Ron Flegel said.

Flegel declined comment on the details of the meeting, but it seemed clear that officials were making progress on the proposal.

Urinalysis is currently the only federally approved drug-testing method for truck drivers. Although Congress mandated that the hair-test rule be implemented by the end of 2016, Flegel said there still is no established timeline for review of the proposal before it is published in the Federal Register for public comment. That process must be completed before it can become law.

“There are some scientific technical issues that have been addressed through literature or specific studies,” Flegel told board members at a March 20 meeting here. “In order to develop scientifically sound mandatory guidelines the rule requires addressing these two specific scientific issues for the use of hair as a drug testing specimen. The timeline is not really static.”

Those issues, which include the impact of hair color and decontamination of hair specimens, have been addressed in the draft proposal, he said.

However, before the proposal can be posted in the Federal Register, it must gain approval of the U.S. Department of Health and Human Services and the White House Office of Management and Budget, Flegel said.

DHHS is the agency ultimately responsible for issuing a proposed and final rule that could be adopted by the Department of Transportation for testing such safety-sensitive employees as truck drivers.

SAMHSA is a subagency of DHHS. “Right now we’re currently in the proposed phase,” Flegel told Transport Topics after the March 20 board meeting. “We’re reviewing comments and recommendations. Once we’re able to clarify those, we hope to put that in the process of review.”

Flegel said it’s very difficult to estimate how long the review process would take after SAMHSA’s administrator approves the proposal.

Some motor carriers have been hair testing for years. Not only do hair samples have a longer detection window — up to 90 days — but the samples are collected in an observed test, preventing drivers from cheating.

Federal approval of the hair alternative would decrease the costs for carriers that currently conduct both urine and hair sample tests, as they would be required to conduct just one of the tests. In a letter sent to DHHS a year ago, American Trucking Associations President Chris Spear said that a lack of action to comply with the congressional mandate is having real impacts on the industry.

“Many trucking companies are using urinalysis to meet federal requirements while also paying the additional cost to conduct hair testing,” Spear said in his letter. “We are frustrated that the previous administration failed to meet the statutory deadline and believe your leadership will finally see a resolution to this long-standing and important safety rule.” 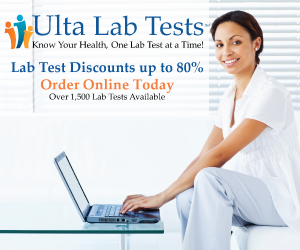